Kinvalve BSP Ball Valve
Kinvalve is world-renowned for specialized production of high-quality industrial valves. We stock a wide range of BSP Ball valves that meet international standards. Our BSP valves are cost-effective and will meet all your specifications.
Request on Instant Quote

Send us Your Requirements 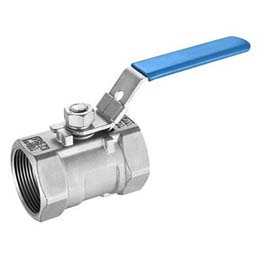 Kinvalve offers 1-piece BSP Ball valves in sizes ranging from ¼ “ to 4”. These Ball valves are available in BSPT and BSPP threaded connections. This makes these valves perfect for gas, water, and oil.

The 1-piece BSP ball valve has a solid body that is designed as a single piece. Its seal cannot be replaced.

We make our BSP Ball valves with the highest quality materials. This ensures their permanence and effectiveness for any of your applications. 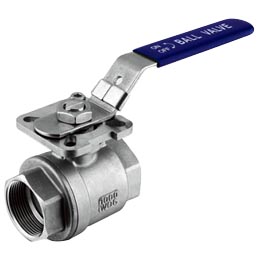 Our 2-piece BSP Ball valve is tailored made to the top-most international standards. We use materials such as carbon steel, stainless steel, and other metal alloys.

We manufacture these BSP ball valves in sizes ranging from ¼” to 4”. We also consider the highest-pressure rating for your water, gas, and oil applications.

The 2-piece BSP ball valve can allow you to replace one of its seals. More so, one end of its fitting is removable. 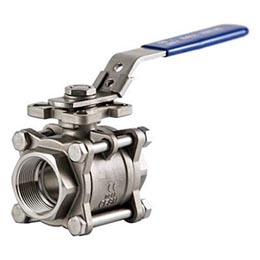 Our 3-Piece BSP Ball Valves are made from stainless steel and other metal alloys. The Valves can accommodate customized threads valves with a mounting pad. This design helps with automation.

For the 3-piece BSP ball valve engineered in swing-out body design, you are capable of removing both ends. The seats, seals, or ball in the central trim can also be replaced easily.

These 3 piece BSP ball valves are also designed with a blowout-proof stem to ensure your safe use regardless of any overpressure occasions. 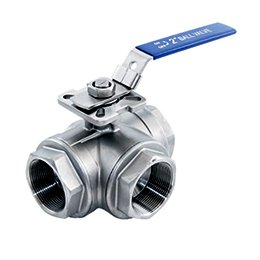 Kinvalve 3 way BSP ball valves are available in T/L flow path for your mixing or diverting applications. They are made of stainless steel or carbon steel, with PTFE seats and seals as standard.

BSP Ball Valves are critical in a variety of applications, especially in the water, oil, and gas industries. The type of BSP Ball Valve you utilize mostly depends on your application.

BSP ball valves are commonly used in the United Kingdom and Commonwealth countries, including Australia.

Note that BSP threads are sometimes confused with the American NPT version pipe threads. However, they are not interchangeable. Thread pitches are different for the two in most sizes.

BSPT stands for British Standard Pipe Tapered. The thread is tapered and has an interference fit. A typical BSPT is characterized by tapered connections of the threaded portions.

For BSPT ball valves, threads are angled at 55˚, from the crest to the root. For a tight seal, thread wedging combined with Teflon tapes is used.

BSPT threads are denoted by the use of the letter “R”. Next is the size specification, for instance, a denotation for a BSPT thread of 3 inches is shown as R 3”. They are also specified by ISO 7.

Note: BSPT is sometimes mistakenly identified as NPT. However, male NPT can be fitted to a female BSPT, but due to their thread angle difference, seal effectiveness will not be achieved for fluids.

To form a tight seal, the male thread is made longer. For BSPP utilized in port applications, a washer and an O-ring are vital to achieving an effective seal.

Like the BSPT, the BSPP threads flank angle is 55˚. BSP are denoted by the letter “G”, therefore G1” means a parallel 1-inch BSP thread.

We have charted for you some common uses for various sizes of BSP Ball Valves.

Call us to customize your BSP ball valves.

Why you should select BSP Ball Valves from Kinvalve

We aim to offer you high-quality BSP Ball Valves suitable for your applications. Here are some of the standout reasons why you should trust us to supply you with our world-class BSP Ball Valves.

What are the Features of BSP Ball Valves?

The Ball is made from 316 stainless steel, while the gland nut, washers, and PTFE stem packing and seals are made of 304 stainless steel. This guarantees permanence for your BSP ball valve.

Talk to our engineers who are on standby to have a complete understanding of the type of BSP Ball Valve your system requires.

If you are looking for a professinoal industral valve manufacturer in China, then Kinvalve will be your best choice.